I got a little creative and found a few enhancements for Baywatch. It’s simply adding a shark, dolphin, and octopus to the playfield. The shark was bought at Hobby Lobby. The dolphin at Micheal’s. The octopus was bought second hand at a thrift store. So finding another one of those might be difficult. The shark and dolphin mount by adding a bracket to the underside of each one. The Octopus just rests in place. They all look like they were put there at the factory and add something special to the playfield. See the photos. 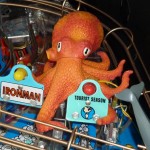 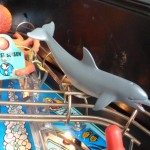 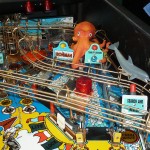 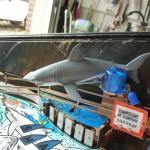 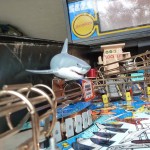 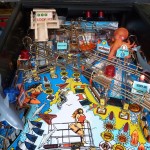