I got to work on one of the best EM games ever, a 1975 Gottlieb El Dorado. It has a layout that was used on a number of other games (Gold Strike, Target Alpha, Solar Strike) for a good reason, it’s a ton of fun to play.

This game had a few problems. One flipper was chattering, two scoring reels were finicky, one chime was weak, and it kicked out an extra ball at the end of a game. Plus, it was kinda dirty so I required a good clean up and re-rubber.

Fixing an EM is rather easy as long as you know where to look. The chattering flipper had a bad hold winding that I repaired. The reel problems were a misadjusted leaf switch and a broken leaf switch that was also repaired on the reel themselves. The weak chime was caused by a dirty and misadjusted reel scoring relay. And finally, the extra ball kick out was due to a worn contact on the stepper motor board in the back box. That had to be repaired by soldering in a wire on the contact and grinding it down with a Dremel grinding stone. The wire will prove more durable than solder by itself.

After that was all done, it was time to clean it up and wax the playfield. This one was in great shape and buffed out to a nice shine. See the pics! 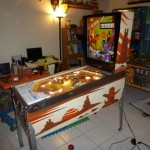 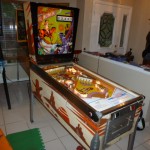 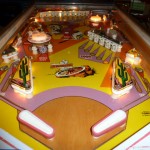 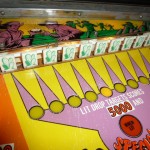 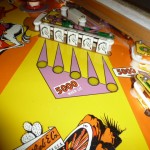 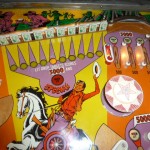 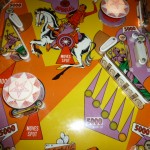 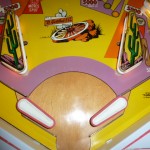 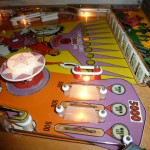 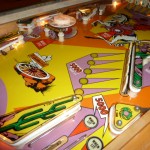 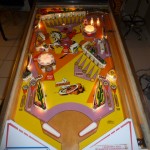