A few months back, I was fortunate enough to have a 1980 Bally Space Invaders offered to me. It was a bit of a hike to pick it up, but well worth the trip. I came to find out the game only had two owners and has never seen an arcade. This is incredibly rare!

Now, while the MPU had some minor corrosion on it that I cleaned up, all it really needed was some TLC to get it back and playing again. Every playfield part was cleaned and the playfield was also cleaned and waxed. I replaced all the bumper caps and installed black rubber. It just looks better in black. I also had the legs powder coated gray to match the original color. The original flippers were painted silver since they had yellowed over time. Stark white reproduction flippers would have just looked odd.

Once this game was up and running, it played like a new game! The flippers were snappy, the pop bumpers were quick, and this is probably as close to a factory playing original game was I was ever going to experience (for a game from 1980.) The sounds were also nice and clean with that 6×9 speaker in the cabinet thumping the famous bump, bump from the Space Invaders video game.

This game was a real pleasure to work on and bring back to life. I was even able to install some original apron cards that looked like new. They were stored in the game manual that was kept in the owner’s library. Fantastic! 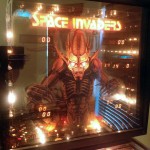 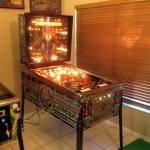 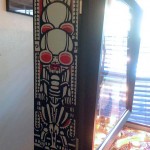 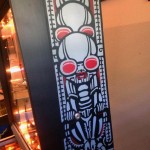 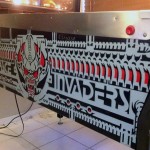 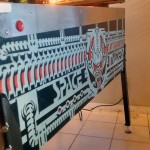 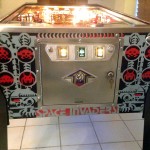 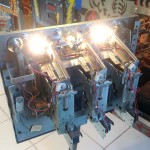 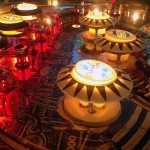 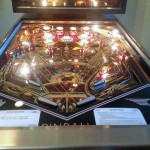 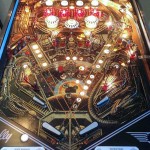 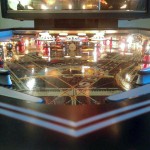 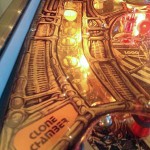 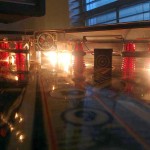 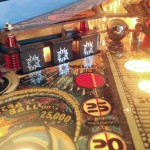 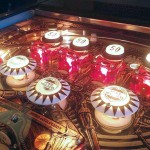 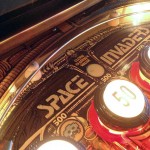 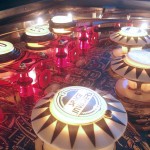 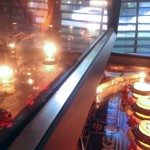 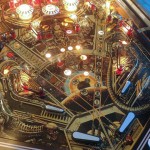 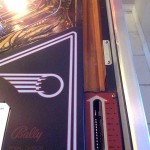 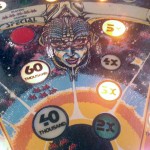 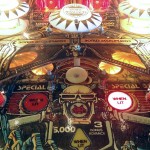