A pinball machine was recently found on a bank of the river near a cave not far from Wet Willies. It was Big Foot’s personal game he got from Williams back in the day. It was run on a generator that was given to him. It played great until he got mad at it one day. A couple of campers came along and…..have you seen the messin’ with Sasquatch commercials? The incident involved the spare gas used for the generator and a real life Bigfoot hot foot while he had a 5X multiplier during multi-ball. Madness and carnage ensued. The campers were never seen from again and DNA evidence from the game itself confirms Sasquatch hair and possible blood evidence suggests it could have been used as a blunt force weapon. Bigfoot is still on the loose and wanted by local law enforcement for questioning. 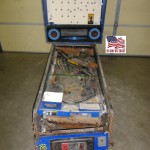 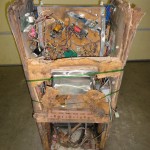 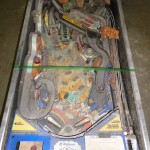 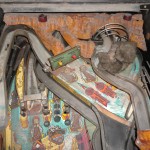 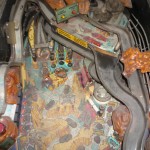 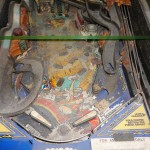 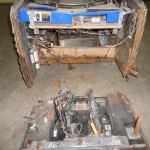